What is the European Hydrogen Week about?

More than ever our focus is on what matters most: living in a sustainable world. By sharing innovative ideas, we can shape a better future for Europe!

Clean hydrogen plays a key role in the race to decarbonise numerous sectors of our economy. As the heart piece of the European Green Deal, renewable hydrogen will contribute considerably to the green energy transition.

To match the unprecedented interest in hydrogen and fuel cells technologies, and mark the adoption of the EU Hydrogen Strategy in July, we are pleased to announce the first edition of the European Hydrogen Week. This entire week of events from 23 to 27 November 2020 will be dedicated to the essential role of hydrogen in reaching EU’s commitment to reach carbon neutrality by 2050.

This year we are going completely digital!

Highlights will include a European Hydrogen Forum, a policy conference under the German Presidency and the FCH JU Awards and much more!

The two-days event will kick-start the whole week and, following the tradition of the past 10 years, will provide an excellent visibility platform for more than 40 projects currently on-going under FCH JU. Projects will present their progress, obtain feedback, exchange ideas and best practices on the latest technological developments in the sector.

The FCH JU Awards will take place for the fourth time this year!

Make sure to check out this years’ winners in the categories Best Outreach, Best Success Story and Best Innovation and celebrate their outstanding achievements with us!

We also foresee a dedicated award category for Young Scientist.
Tune in on 24 November!

PrioritHy: How hydrogen and sectoral integration can bring recovery, growth and jobs for Europe

On the occasion of the German Presidency of the Council of the European Union, representatives from the FCH JU and NOW, the two organisations with the most longstanding experience in terms of hydrogen and fuel cell development in Europe, will discuss regional best-practice approaches to build up a hydrogen economy as well as in the context of international cooperation, to ensure the overall transition to a climate neutral Europe.

Open to all stakeholders, the European Clean Hydrogen Alliance aims at an ambitious deployment of hydrogen technologies by 2030, bringing together renewable and low-carbon hydrogen production, demand in industry, mobility and other sectors, and hydrogen transmission and distribution.

Why attend the European Hydrogen Forum

The European Hydrogen Forum is a unique event bringing together industry, policy-makers, government representatives as well as the research community to steer the potential for green hydrogen technologies and discuss latest developments.

Under the theme “Kick-starting the EU hydrogen industry to achieve the EU climate goals”, the Forum will feature a series of panel discussions, smart talks and virtual cocktails on the deployment of clean hydrogen, synergies among EU funding and financing instruments, and the creation of impact through dedicated research projects. 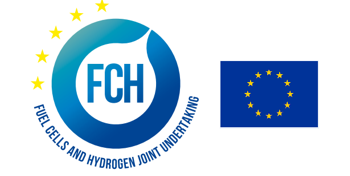